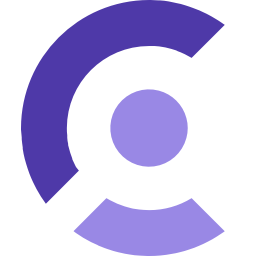 The reign of the credit card

Wheat, gold, plastic, data. Throughout history the way we pay has become more portable and more convenient. The digital transformation has driven changes in payments as it has every other aspect of our lives. Credit cards were developed in a process spanning 100 years, accompanying the emergence of payments as an industry.

American sci-fi author Edward Bellamy suggested the idea of a credit card way back in 1888. The emergence of this instrument in the real world begins in the US, although it would be another 80 years before anything resembling Bellamy’s card was used widely.

As early as 1865, stores in the US used ‘charge coins’ to replace cash for their regular customers. Customers could carry the metal token to visit their favourite shop and buy whatever they wanted. These had an identification number to identify the owner, but this did little to prevent fraud. Western Union issued a paper ID card in 1914.

These identifiers let customers avoid the inconveniences of cash; no need to worry about carrying enough money to shop. Nothing to lose, nothing to steal. ‘Charge-plates’ emerged in 1928 as a more sophisticated payment method. Resembling a military dog-tag, these carried a paper card for recording a signature. Store clerks had to make copies of these as confirmation of payment. The plates were issued to regular customers of larger retail companies; these companies saw no incentive to collaborate, preferring the baked-in customer loyalty.

The first inter-company credit system emerged from the thriving American travel sector. During the 1940’s ‘air travel cards’ let travellers buy plane tickets with one payment card covering multiple airlines. A step closer towards general-purpose credit cards, these were adopted by hotels and gas stations to support the mobile lifestyle of the time.

Founded in 1950, The Diners Club allowed frequent diners to settle their restaurant bills at the end of the month instead of at the end of their meals. Customers paid using a paper card. The company charged merchants to be part of its scheme, with the promise that customers would spend more as a result. Adoption grew, and by 1953 the card could be used in locations outside of the US. This was the beginning of convenient, universal credit payments.

Following the growth of Diners Club, American Express launched its own charge card in 1958. American Express had started out as an international mail company before branching into financial services. Their card was made from embossed plastic, more closely resembling the cards of today.

Bank of America issued its own card in the same year, the BankAmericard. This introduced revolving credit, granting customers liquidity in exchange for a fee for use. This was the first example of the modern credit card — and the launch was a mess.

In 1958 Bank of America mass-mailed activated credit cards across California, starting with the city of Fresno. They had to start small — the BankAmericard depended on a statewide telephone network for retailers to communicate with the banks. The so-called ‘Fresno drop’ became notorious as fraud exceeded expectations and adoption by established retailers was slower than predicted. But all was not lost.

The initial PR mess benefited Bank of America by discouraging competitors while the bank continued to promote the card. By 1965 Bank of America took the program national, drawing attention to the credit card’s commercial success. Other groups of banks launched their own cards in response.

Several of these unified to form the Interbank Card Association (ICA) in 1966, branding themselves as Master Charge. Sound familiar? This organisation became MasterCard in 1979.

Fraud prevention techniques became more effective. Cashiers would make a telephone call for confirmation codes from their store’s credit department or an external service. The cashier would make a carbon copy of the customers’ card and the confirmation code, to be signed by the customer. Some ‘decline’ responses required the cashier to capture the card from the potential impostor. Struggles at the checkout were not rare!

Throughout the 1970s credit card use increased in the UK, USA and Canada. These countries lead the use of bank cards, while some cultures have a preference for cash. In 1970 IBM unveiled credit cards with a magnetic stripe, leveraging the power of data storage to reduce the possibility of fraud and make transacting more convenient. The first computerised credit card ID checks were introduced in 1973, reducing transaction times to one minute.

By the time the internet had laid the foundation for a revolution in commerce, credit cards were established globally as an everyday payment method. Companies had raised the floor limits on their cards to encourage faster checkout experiences, and debit cards enabled direct access to funds. The next part of this series will take a closer look at developments in payments in the 1990’s and the growth of e-commerce.

If you’d like to learn how Citizen is building on this legacy of convenience and innovation, check out our website.

What is open banking?